Current projects update| solo exhibition Hristina Ivanoska | This is the land in which young girls burst into laughter without too much hesitation | Museum of contemporary art, Skopje | curator Mira Gakina

Albeit present in the contemporary art for decades, the topic of gender issues continues to be prevalent mostly because of its understated complexity. In her new work entitled This is the land in which young girls burst into laugher without too much hesitation Hristina Ivanoska keeps on interpreting the idea of the possible crossovers between the conditioned gender categories in her very own individual manner. The author chose the inner dynamic organic balance of the cell (box) as a module to demonstrate her visualization of identity development.

The installation of Ivanoska combines produced objects placed in wooden boxes (made from oak, acacia, black mulberry and walnut tree), all of them strongly ‘burdened’ with symbolism. Viewed from a specific angle they offer the audience new reading of the complex gender structure. 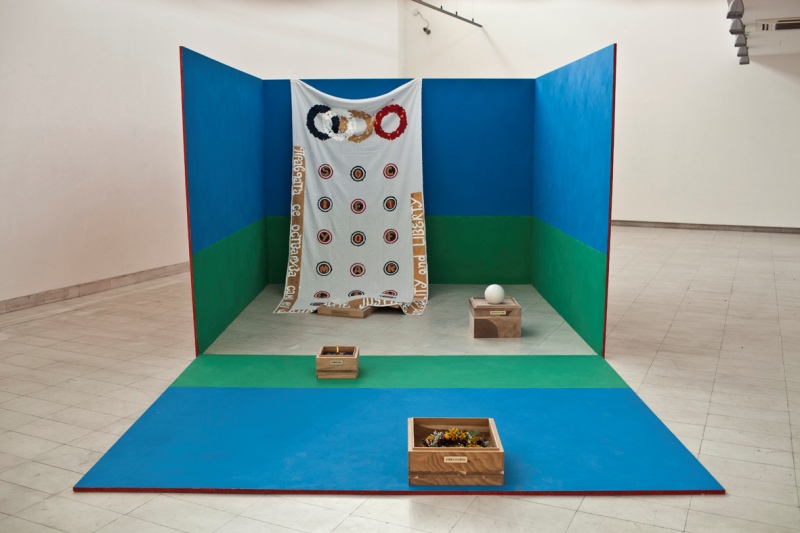 The qualities of steadiness and calmness in “the indefinable” which ensure some spontaneity releasing us from the enforced social roles, do not only lead us to personal happiness of the liberated human entity. They are also precondition to estimate the frugality/measure as one of the ultimate virtues that inspire harmonious ambience, utopian ambience in which laughter demonstrates acknowledgement and joyful acceptance.